Sustainable offices which focus on the health wellbeing of its occupants

IDOM has opened its commercial office in Sweden in Epic Malmö, one of the greenest and most sustainable buildings in Scandinavia. In March 2021, the technical magazine Byggindustrin called it the best office building in the country in 2021.

The building has obtained the LEED sustainability certification and the highest classification level, PLATINUM.

At Epic Malmö, a lot of work has been done with the reuse and recycling of materials, making it one of the first large projects of this type in Sweden. For example:

Additionally, it received the WELL certification for how the built environment affects the people who are in it to promote health, through resources such as vegetation and stairs that invite movement. 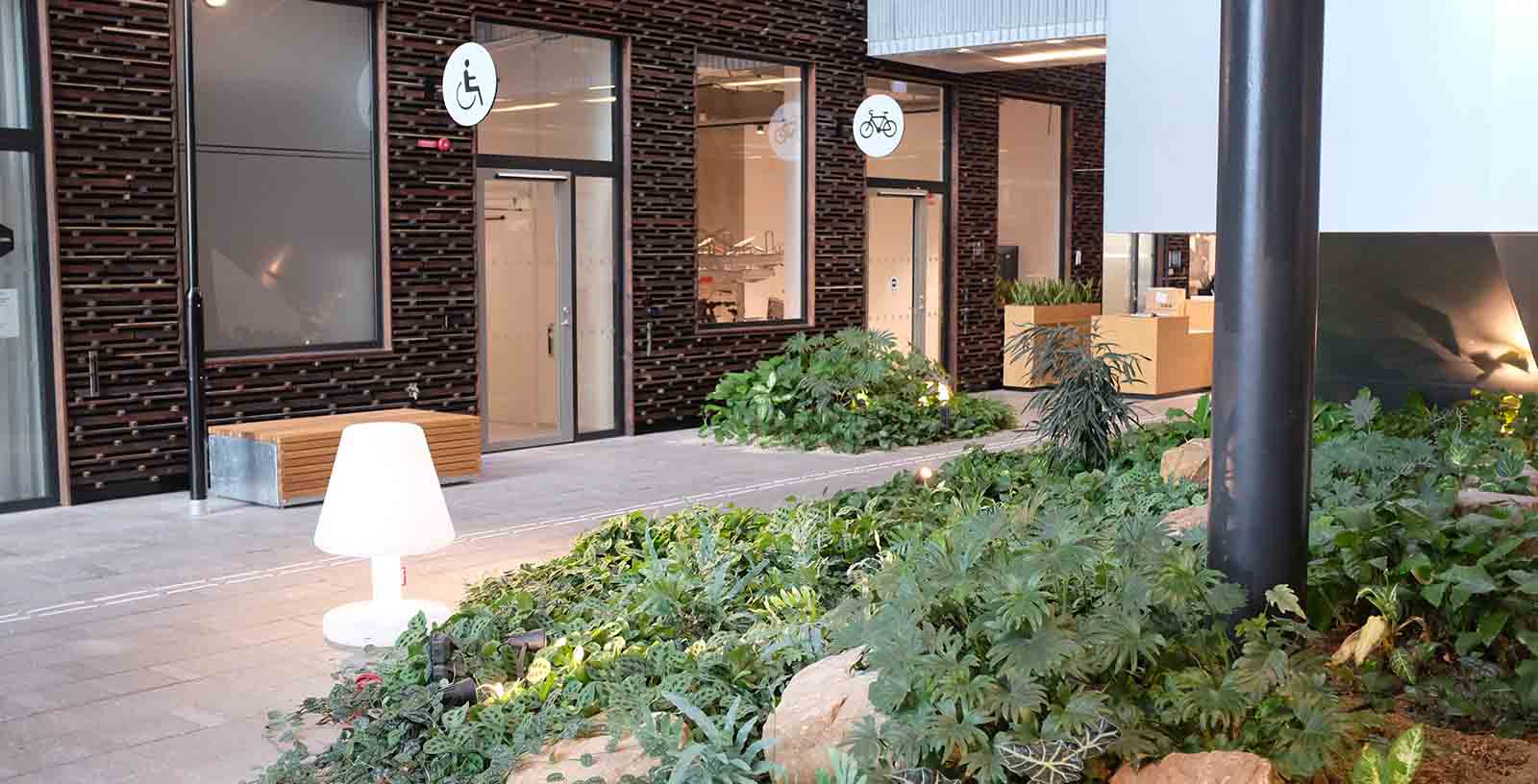 << IDOM is promoting training and research along with the University of CantabriaMobility & Transport projects in Africa >>
Manage Cookie Consent
To provide the best experiences, we use technologies like cookies to store and/or access device information. Consenting to these technologies will allow us to process data such as browsing behavior or unique IDs on this site. Not consenting or withdrawing consent, may adversely affect certain features and functions.
Manage options Manage services Manage vendors Read more about these purposes
Preferences
{title} {title} {title}