Madrid Nuevo Norte is the largest urban regeneration plan in Europe, a pioneering project with unprecedented social and institutional support, which will reshape the north of Madrid. A surface area of 3.5 million M2 included in the project will be heated. One of the key objectives of the Energy Master Plan, developed by IDOM, has been to design Madrid Nuevo Norte with the highest level of environmental and sustainability standards, making it an international benchmark.

IDOM has proposed an innovative solution to turn the district into a zero-consumption area, a groundbreaking solution with a level of efficiency higher than current technologies and that responds to the energy demand of the customer.

Studies have been carried out on the viability of different renewable energies and, after analyzing the information with the client, photovoltaic energy has been incorporated extensively into individual projects, public spaces and along the train tracks running through the district.

The district analysis included 17 different technical scenarios considering energy consumption and production for the entire district. Ultimately, the project will incorporate a large-scale geothermal-powered D&H system. This 100% geothermal district network is based on a series of geothermal ‘mini-loops’ with underground mini-geothermal power plants that connect the loops two by two, three by three or even four by four. This allows energy to be recovered between some loops and minimizes acoustic and visual impact. It is the first installation of its kind in the world, and has been approved by the European Commission within one of the H2020 energy efficiency programs. 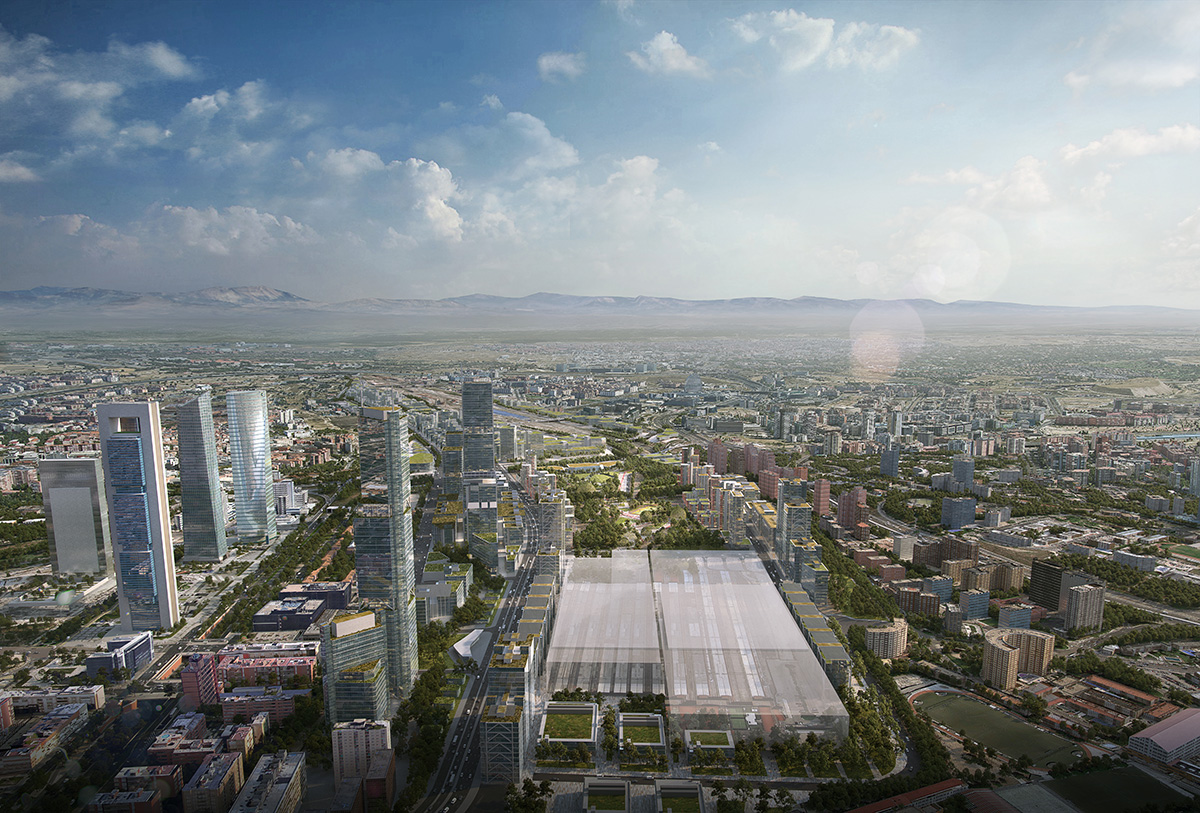 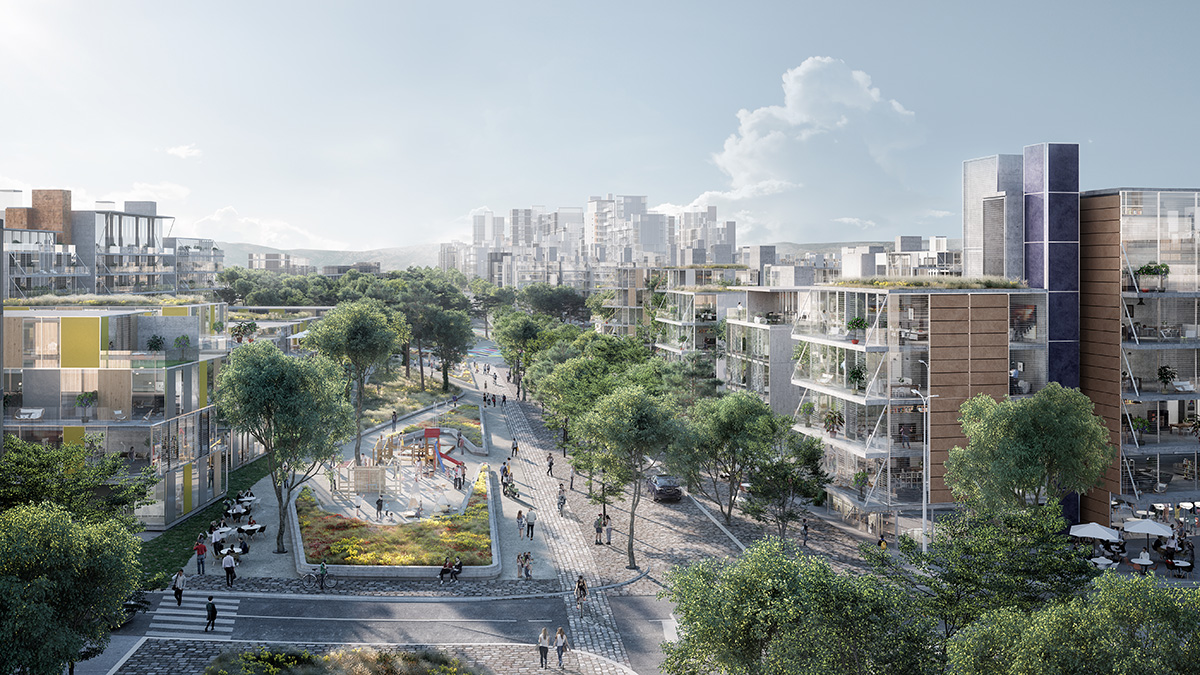 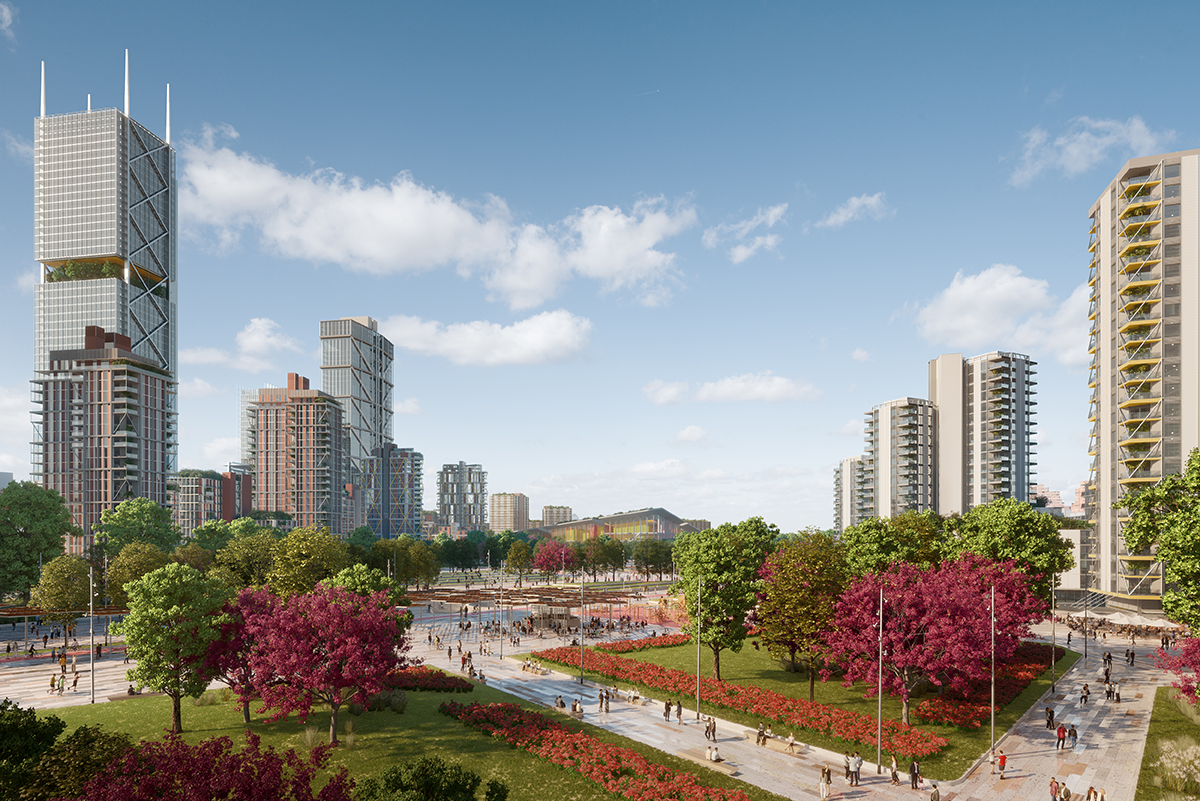