WE HAVE WON THE ARCHITECTURAL CONTEST TO DESIGN THE ARCHIVE BUILDING IN TARBES, FRANCE

On Friday, October 16, the Departmental Council of Hautes-Pyrenees presented the future Departmental Archives project in the city of Tarbes to the French media.

At the end of 2019, the Department of Hautes-Pyrenees called a competition for the design and construction management of the project, with the requirement to maintain the central body of the existing historic building and the possibility of pedestrians crossing through. IDOM’s proposal was the winner.

The project maintains the central body of the existing building, in addition to the two main lateral bodies, with the aim of respecting, as much as possible, its original image, owned by the collective unconscious of the city of Tarbes.

The new extension building has a geometry similar to the pre-existing one is proposed, with a more contemporary image, which highlights what is currently the rear façade, keeping materials from the original building, such as the slate roofs, and adding both to the building to be rehabilitated as well as the new construction. The wood being used is a material that will give greater relevance and warmth to the whole. 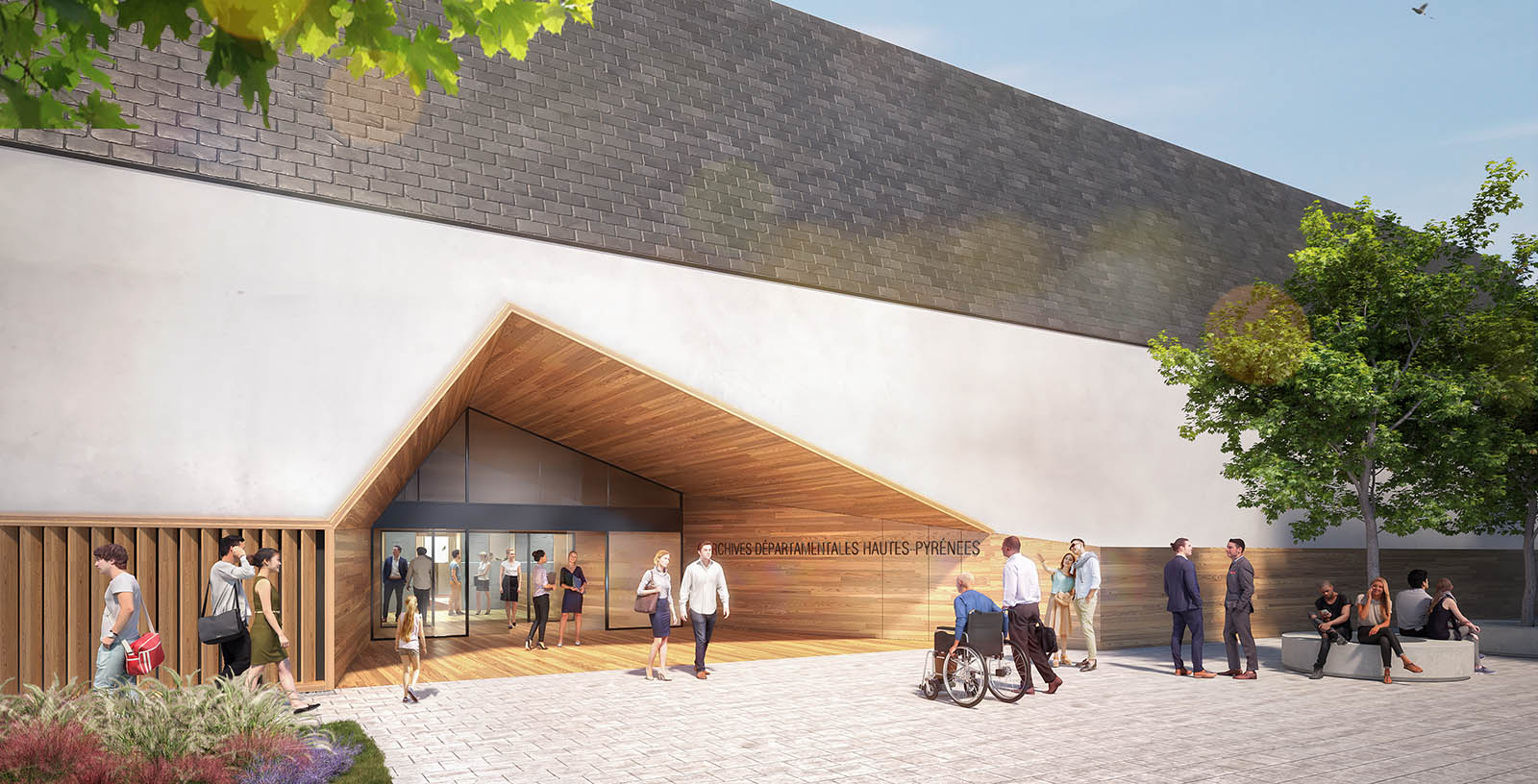 Archive facility of the Department of Hautes-Pyrenees

<< Energy transition model in thermal power plants. Waste gas recoveryThe cable car, an alternative for urban mobility >>
Manage Cookie Consent
To provide the best experiences, we use technologies like cookies to store and/or access device information. Consenting to these technologies will allow us to process data such as browsing behavior or unique IDs on this site. Not consenting or withdrawing consent, may adversely affect certain features and functions.
Manage options Manage services Manage vendors Read more about these purposes
Preferences
{title} {title} {title}